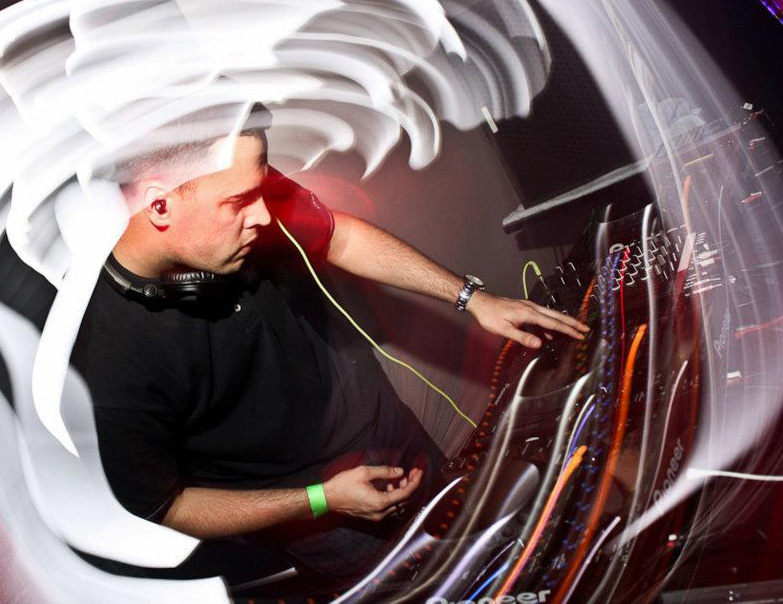 DB: Can I just say that I am approaching an interview with you with a bit of trepidation! The reason is because when I hear stuff of yours off Groove’s show (see right down at bottom for one example) or on 1xtra I just have this mystery producer with no face in my head making this slamming music! It’s sorta freaky.

CC: Ha ha, yeah for the most part I like to let my music do the talking. There are so many iffy producers out there making thin noisy gash music and then telling everyone how good they are that I tend to try not follow suit.

DB: What drew you into production?

CC: I had to get a studio so I could get some sleep! I had all these ideas going round my head and no way of channeling it or record it so was just going a bit mental with insomnia. When I got a cheap little computer and started making the beats, it meant I could get the vibes out and then fall akip. Saying that though, I still lie there not being able to sleep as I’ve got a bass riff or vocal hook floating around my head.

DB: Ha, yes, it’s a sort of curse. Are you part of a sort of clan? It comes across like that: Zen, Taxman, that if you guys were coming to do a night it would be all over and that you’d ruin it for other DJs…

CC: Ummmm well without wishing to sound arrogant: yeah, we’ve been doing this for long enough now to know what works in the club and what doesn’t. I was paid quite a nice compliment the other night after playing my set at Playaz Fabric. I was by the bar and some guy came up and said ‘Mate, I wasn’t expecting THAT… I know your tunes but never seen you DJ before and didn’t realise you could play!’ and then shook my hand. Sounds a bit like bragging but I was just really happy that I’d done my job properly as a DJ, something that I’ve seen a lot of tired, complacent dj’s, trading off their status from ten years ago fail to do.

DB: So about collabs, what ones are you proud of you’ve done over time?

CC: I’m proud of them all to be honest.

I think if you pour your heart into a tune then you should have the balls to stand by it. I also learnt a long time ago that as a producer you have to make tunes for you. There will always be people that like your tunes and people that don’t, if you like the tune then that’s all that matters.
There are a few collabs that stick out. ‘Levels’ where I did the music and Stapleton did the vocals has probably been the most pivotal tune for us as it has had the effect of getting us noticed by a much wider audience and is set to open us up to loads of exciting things in 2012. More when the time comes.

We made the video for that on a shoestring in a little bar in Shoreditch and it was directed by one of my oldest mates Will Thorne who’s basically set to be UK version of Hype Williams and all of a sudden it’s getting daytime Radio 1 plays and I’m getting calls from the most unlikely people.

Other than that I was really pleased to get a tune called ‘High Octane’ that I made with Rhythm Beater onto the Forza 4 game. I love the fact that millions of people that wouldn’t necessarily have heard one of my tunes are now sitting there with it blasting out of their telly.

CC: Lastly, anything I’ve made with Zen has always been fun. We really see eye to eye on life and music and every studio session is usually combined with the best Thai food in London which always gets the creative juices flowing

DB: Regarding Playaz, Shimah is currently destroying places everywhere with the ‘Electro Step’, Original Sin has recently dropped a huge ep and you are there with Zen with ‘Heavy’ and the VIP (on Playaz site now, link at bottom) so all round the label is delivering as huge as ever. How did this ‘Heavy’ and the VIP come about, from your POV? The tune is a proper chugger. I feel it’s gonna be a mid-set passport tune…

CC: The original ‘Heavy’ was a product of one of these Thai-fuelled studio sessions and was pretty much written in a day. We got our mate ‘Everton’ in to do the two vox lines and then we were off to smash the club with it. That really was that: no nonsense, bish bash bosh… HEAVY!

We left the VIP for a good 6 months before going back in. We were playing at some big gigs over the summer so wanted something to turn some heads. Another Thai food session followed by a Mcflurry, oh yes, we keep it real! – and we’d flipped the original on its head. We obviously wanted to keep the original essence but I come with something fresh and the reception to that and the flipside “Bullet” has been great.

DB: This has been another monumental year for the music, what’s lined up for next?

CC: I am writing an album with Stapleton which is my main priority right now, as well as building a new studio!. It’s going to be multi-genre but keeping the fundamentals that I’ve learnt in D&B, basically lots of big beats and bashy bass and Stapes’ unique flow over the top! As for Zen, he’s got some big remix projects on the go as well as pushing his own musical boundaries. I think genres matter less and less these days so expect to hear all sorts from us in 2012. 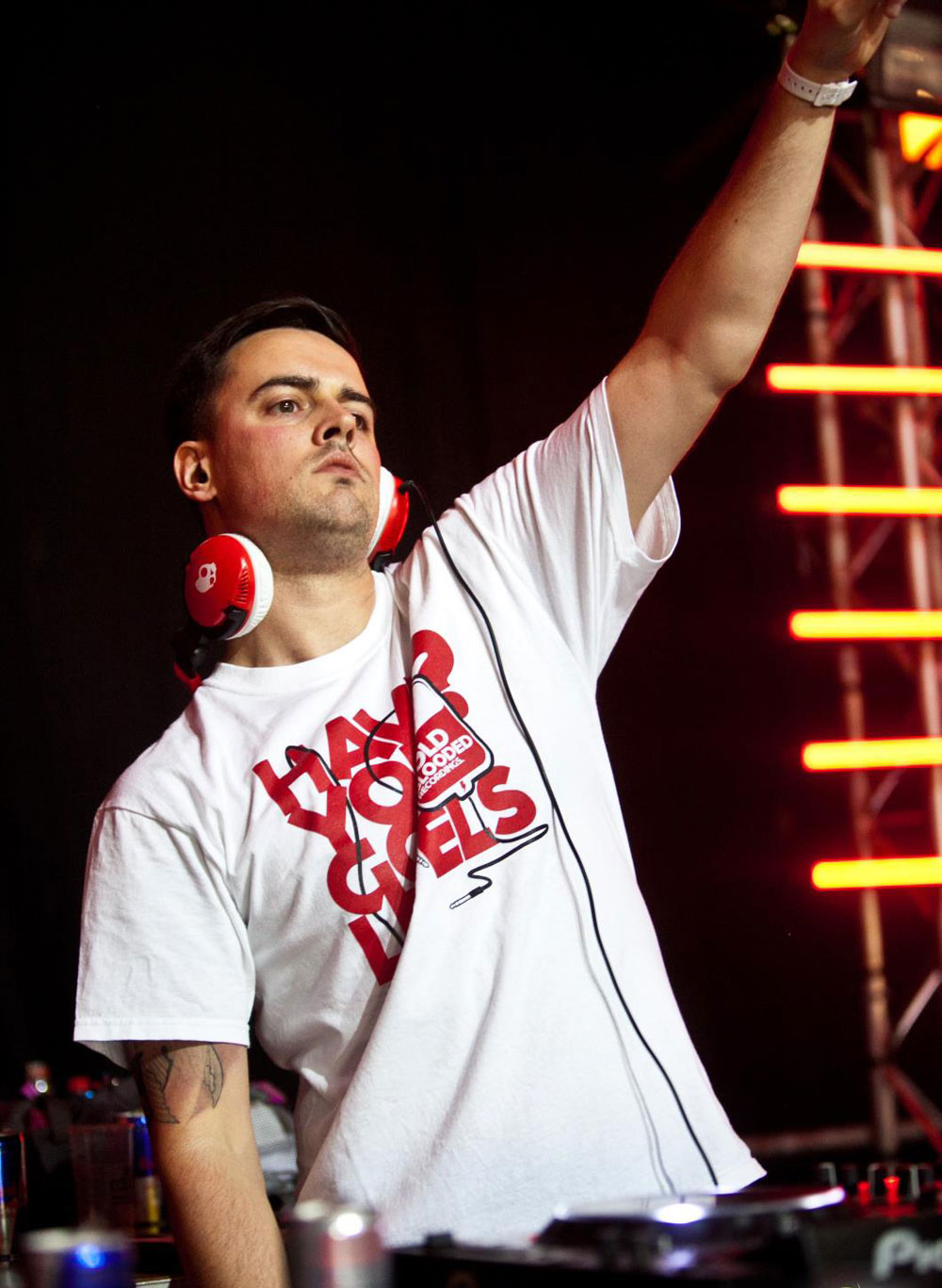 DB: You mention boundaries and genre blending, what sort of stuff in general you into?

CC: I personally like all sorts and have been known to drop everything from dubstep and electro to dancehall and techno in the middle of otherwise D&B-laden sets. I made the Crackhouse mix of ‘Levels’ (below) and from there have been dropping more and more other genre stuff in my sets.

DB: Any names to watch?

CC: To be honest, one of the benefits of being a label owner now is that if I spot talent then I can actually do something about it. I spotted the talent in Netsky before his rise to fame and that’s how we came to collaborate and he had releases through the Playaz camp. Unfortunately at that time I didn’t have a label of my own! Now if I spot talent then I will always try and work with those people. In my sets therefore you’re always likely to hear bits from Harvest, Mattix & Futile and Freeze, whose first single is set to drop next on Cold Blooded. In addition to that I’ve been chatting with another couple of artists who I’m hopefully going to be taking some tunes from.

I’ll keep those cards close to my chest for now though!