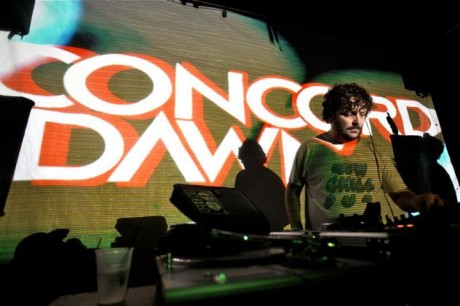 I spoke once more to Concord Dawn and asked about the Numbers Will Kill Us All ep and spoke about the tunes, triangles and erectile dysfunctionality.

CD: ‘Ghost Rock’ and ‘Hemlock’ were both me wanting to make tracks with a dark/sinister tone that I think has been missing from D&B lately. There’s lots of stuff around that’s loud but not so much that’s sinister as such.

CD: The main thing with that tune was the turnaround. I kind of wanted to write a turnaround inspired by Ken Andrews (Failure, Year Of The Rabbit). But with synths rather than guitars.

DB: You have a strong grasp of aesthetics: your good taste that comes through in your artwork, titles and it’s an important part of the whole creative package, it’s integral. Some forget that in this conveniently lazy digital age.

CD: I live in an aesthetic city I guess.

CD: Yes. And my girlfriend is a design/art nerd. Unfortunately these days I get sent a lot of tracks where you can tell that not a lot of creative thought has gone into the process. You know, releases with names like “Big Bass Volume 2” or tracks with names like ‘Party Rocker’ or ‘Everybody Bounce’.

Dance music has kind of been swamped by jocks rather than nerds in the last few years.

CD: So you get guys who aren’t really artistic thinkers at all, but who are good at fist pumping like they are on steroids while dropping their new ‘Mega Bass Drop’ or suchlike.

It’s a different approach, creating a “product” that is in line with what’s in fashion, rather than creating music that people could listen to 10 years down the line, that’s made with heart.

With Concord Dawn stuff I get a lot of people saying they still love the old tunes and that’s the greatest compliment to me and what I’m aiming for, rather than loading up some massive presets and making brostep influenced D&B with a girl singing about “dancing in the future” and then just slapping a fluorescent triangle on the artwork and calling it a day.

CD: Why does everyone have the same triangle on their artwork at the moment? 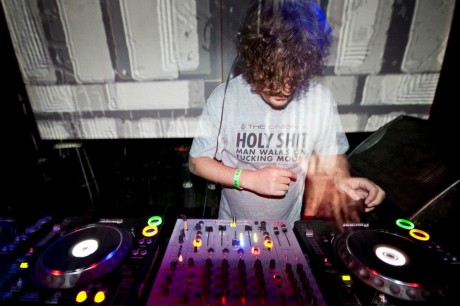 DB: How do you approach the live thing now, re aesthetics and DJing? CDs, laptops… it all conveys something to the crowd.

It’s that same mindset that make people want to listen to two tunes with 12 bass sounds each being double dropped otherwise their attention will waver, and that’s why you need tonnes of flashing lights to keep their brains turning over. I remember going out when I was a teenager and seeing guys like Grooverider and Doc Scott DJ and they would barely nod their heads! But I’d be utterly, utterly hypnotised. I like Skream’s thing recently of not being able to see the DJ that he’s been pushing. If it doesn’t sound good in the dark it doesn’t sound good.

DB: How about production, do you have a setup that you like?

CD: I don’t run a mixing desk but I instead run 24 channels of outboard and compression. And analog synths still too. Still running Cubase 5 and an older operating system. If it ain’t broke don’t fix it.

There is quite a bit of SH 101 on this release actually, warehouse, codename javelin especially.

DB: What influenced the House tune ‘The Imposter’ on the ep?

CD: I’ve actually made about 15 house tunes this year already! It’s in a good place at the moment I think and is actually a much more open-minded scene than D&B is in 2013.

I actually find it quite liberating making stuff where there are no expectations and feel a bit more freedom as a consequence.

I have a new manager for the House stuff who manages one of my favourite House artists and lots of promising things are on the horizon, but that I guess is for another interview. So ‘The Imposter’ was made for that project but didn’t really fit so I decided to put it on this EP. I’ve been really enjoying making that kind of music and it has actually rekindled my love for D&B in a strange way too.

Since I started mucking about making house I wrote ‘Hemlock’, ‘Havok’ and ‘Ghost Rock’ which are some of the heaviest tunes on the EP and I have been really enjoying having two outlets now. ‘The Imposter’ has had great feedback so far which has surprised me a little actually. 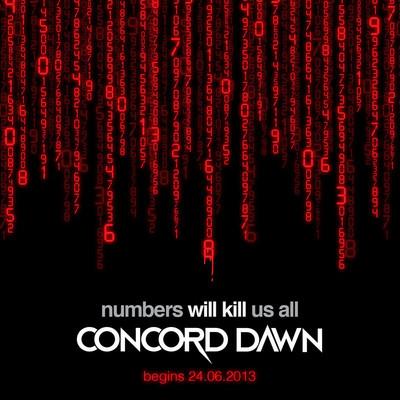 DB: So what D&B in general keeps you interested?

CD: Gridlok, Prolix, Dose, State of Mind, Trei, Telekinesis, Emperor. The new J Majik and Wickaman is awesome vibes. All that stuff sounds real to me.

DB: So lastly what are you reading & watching?

CD: Have read a few Phillip K Dick things recently. Read ‘Do Androids Dream… ‘ and then watched Bladerunner again and didn’t like it as much! And have been slogging my way through a pile of Salman Rushdie that my mum got me for Christmas. Have been a bit slack with the reading of late though I must confess.

Been watching a lot of old films lately. There’s a tune that on the EP that samples an old Terence Malick film too. That’s all I’m saying.

Been listening to a lot of Sonny Rollins, Bill Evans, Maceo Plex, Tale of Us, Friend Within, Shadow Child, Inxec and Droog. And always Steely Dan and Coltrane. That shit never goes out of fashion.