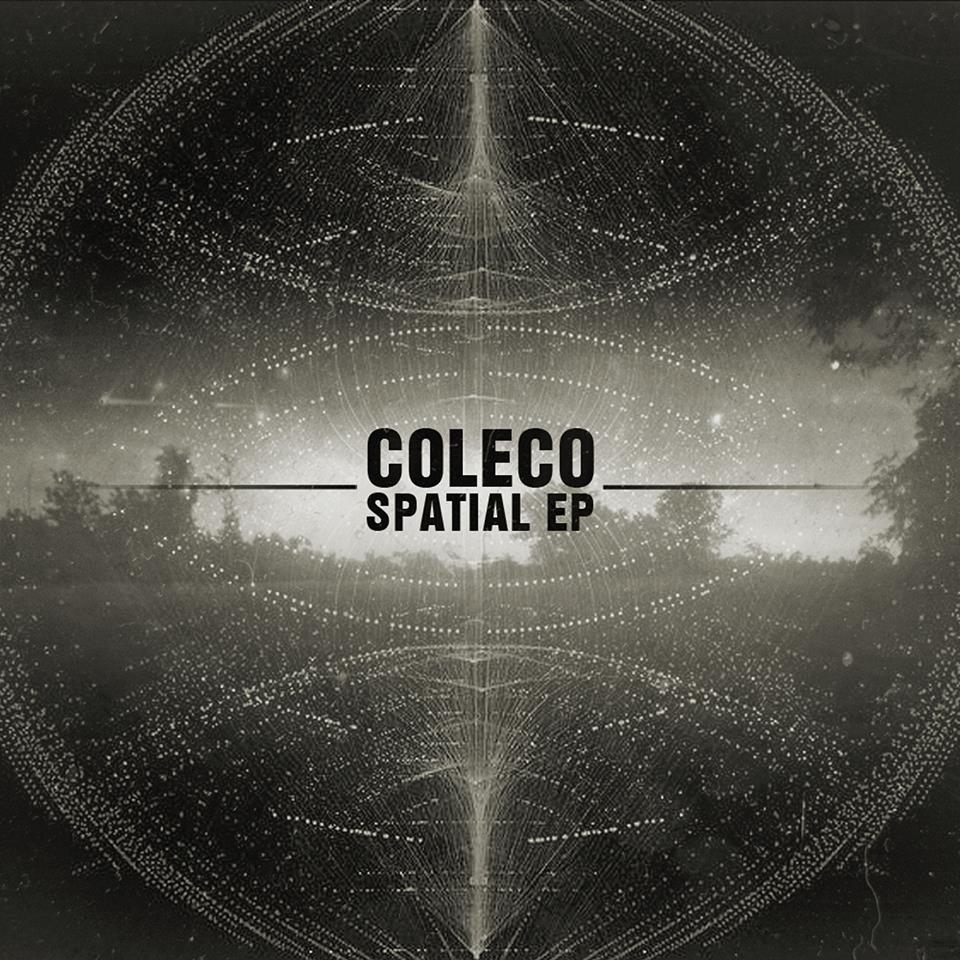 I caught up Coleco as the Spatial ep drops on Inflect UK.

DB: First thing: ‘Spatial’ is a great term and one which almost implies a psychological awareness of space, a notion. Am I on the right track regarding the use of the title?

C: I think I remember thinking of a link between “Spatial” and “space” in the track, as it’s full of big reverberated sounds.

I usually name my tracks after they’re done so there wasn’t really a premeditated link between the track title and tune itself. My track names often have pretty esoteric references, including this one. However if some words come up that also seem to link to the track in some way, I’ll tend to lean toward them.

DB: Traditionally, when you hear SOME D&B you can have a little ‘scratch the head’ moment: for example someone lays down a basic sound like a crash cymbal on a certain point. Or a whooshing sound to imply an ‘rollercoaster ride’ type build up. I feel that you have a certain sound palette that simply exists because it… should? You don’t ‘just add’ sounds without considering what they are.

C: Well, I have to admit, I am a sucker for my cliché risers, sweep sounds, and reversed noises. I’ll just try and put my own spin on them.

For example I’ll make a riser or a sweep, but out of a more gritty analogue or vinyl ripped sound, or perhaps a field recording, rather than having that real synthy and digital edged ‘EDM’ brightness to them, attempting to keep that ‘dance music’ edge to it but layer up a few things to give it a more organic or cinematic feel.

I’ll draw from a sound palette that I guess I’ve built up over the years, things I like that I feel either complement or juxtapose each other. A lot of people like to keep their tracks sounding exclusively very analogue, gritty and dynamic… or sounding very refined, polished, loud, and ‘digital’ sounding… of which are both great. As I’m a lover of both sides of that spectrum, I like to often combine the two.

DB: What are your fave influences in music?

DB: Would you ever try it with mostly real, recorded instruments? or would that be another look entirely?

C: I’d love to work with live instruments, after all, I started off as a trumpet player. However I really lack the talent, or regular access to recording facilities that would enable me to get even close to what you can do with decent multi-samples and Kontakt patches. These days there are such good ones out there. Who knows what will happen in the future though.

DB: Can I get some live/release details? And shouts?

C: Not much to announce at the moment, although I will be playing Soundwave festival as we’ve been working with them a bit this year with Inflect, and they’ve given us the wonderful opportunity to do a boat party there too so that’ll be a lot of fun.