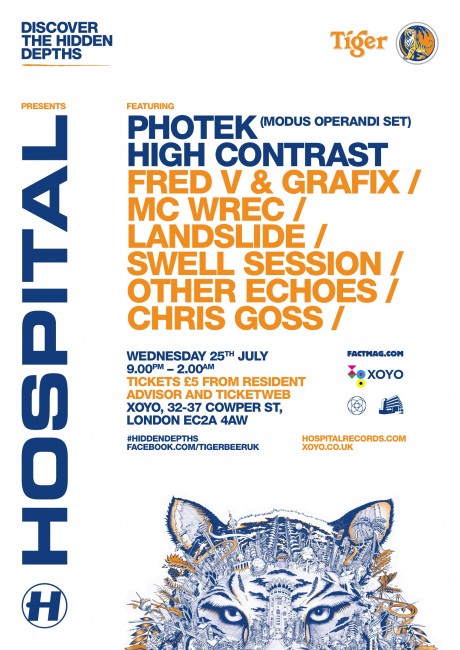 Chris and label head Azonica have curated the latest ‘Hidden Depths’ mix, including tracks from High Contrast, Landslide, Netsky and more. The mix below runs through some of the highlights and deeper sounds of the label.