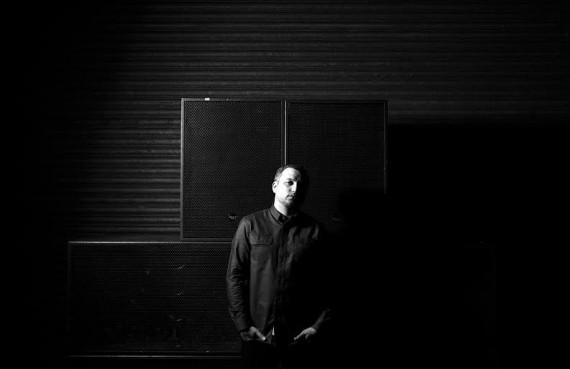 I spoke to Caspa as the North American tour in support of 500 gathers a massive head of steam. Mistajam, David Rodigan and Zane Lowe have been hurt by it… and we’re only approaching the halfway mark of the staggered four part release: the last being the entire album.

It was the perfect time to break it down with Caspa.

DB: The work I’ve heard for 500 sounds really focused, you’ve gone in! When did you start work on the project?

Caspa: I started this at the beginning of 2014, it’s the first album that I’ve had a vision of how I wanted it to sound and look from the get go. It’s been a lot of fun turning that vision into a finished product.

DB: Now I use the word ‘project’ as it feels like that, and it’s a big look. It’s being released in stages. Why is that? It works as it breaks it all down and builds a DIFFERENT focus on the music, to me…

Caspa: That’s exactly what it’s meant for, I want people to focus on small sections of the project and understand that before the next part was released. I feel it’s a more modern way of releasing music even though the actual concept might be old.

DB: Your Time Is Now (from Episode One) is out for free download I understand? It’s a big tune.

Caspa: It’s the oldest track on the album and the title was quite fitting so I decided to use it as a promo track and give it away for free.

DB: There’s a pretty grimy, street vibe to Episode Two from what I’ve heard so far.

Caspa: Yeah it’s a lot darker and heavier than Episode One and for me it’s the ‘sound’ of 500. Episode One was more of a teaser.

DB: How’s the state of dubstep right now, in the UK?

Caspa: The state of Dubstep is difficult at the moment.

Don’t get me wrong there’s great music and great artists out there, but it’s had a lot of bad press which hasn’t helped.

For us at Dub Police it’s all about the music and for me that does all the talking, if you wanna know what’s really going on with Dubstep just follow Dub Police, no one does it like us and no one ever will.

Caspa: North America is an exciting place to play Bass music: the love and support I’ve got from there over the years has been amazing and that’s why I continue to tour in that territory, because I love it and it has its own vibe, just like London has its own vibe – they’re the same but completely different – if that makes sense!

DB: Do you structure your sets for each night’s show, or have a certain thing you want to put across for the tour as a whole?

Caspa: Generally I have tunes that I just wanna play in my set, for instance if I’m playing an hour set, I’ll put two hours worth of music on my drive and just play what’s right at the time and go with the vibe. For the 500 tour I’ll still be doing that, but more so playing music from the album which fits the environment that I’m trying to create.

DB: Finally, can you let us know when Episode Two of 500 will be released?

Caspa: It’s gonna be released on the 24th of November, so keep an eye out!

500 is the third LP from Caspa, and is being released in three episodes made up of four tracks, with the final release combining all three episodes along with new music and remixes.

For more info and tour dates keep an eye on Caspa500