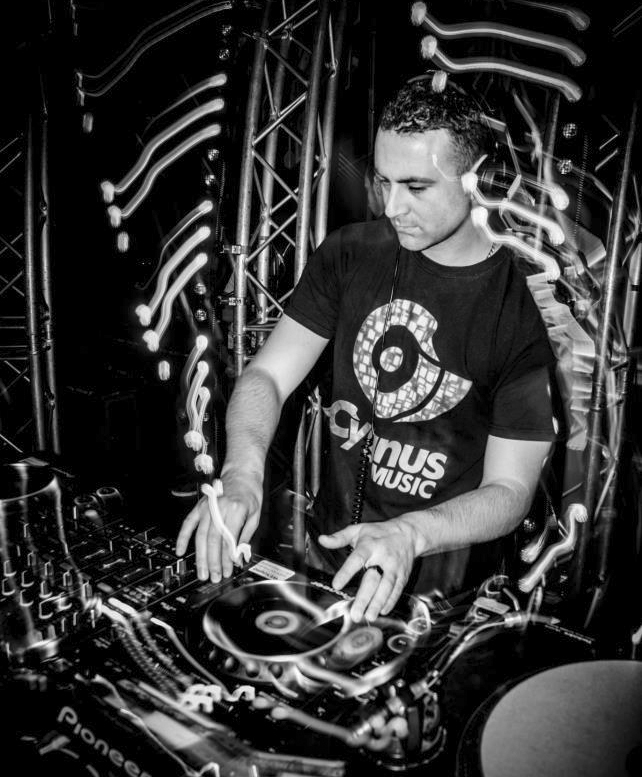 I caught up with the Callide to talk about his new material dropping early June, and about the music in general. There’s a heavy mix at end.

DB: The tunes are killers so how did they arise sir?

C: Hey Damian, thanks bro. ‘Inferno’ is a track I’ve had simmering away for a while but only recently finished, and ‘Hazed Out’ was written 2 weeks ago after I made the decision to get System Shock Recordings back up to where it belongs.

DB: What was life like for you leading up? You do Cygnus too…

C: The last year I’ve practically disappeared from the scene for a number of reasons, namely to focus on developing Cygnus Music, and secondly to step back and decide where I want I’d like see myself in the scene. I’ve had the pleasure of writing a stack load of collabs – 18 – with Intraspekt, along with finding my angle to jump back in as a performing artist.

DB: Just to get some perspective, what was key for you in terms of D&B history?

C: My absolute favourite era was 2004-2006 when, for me, Dancefloor D&B had more substance and longevity. It’s this very era that has inspired my direction and placement in the scene and people can expect tons of reeces, distorted 808, big breaks and rowdy music from me. From any one that’s followed my sounds in recent years, they’ll know my work with the mighty 36 Hertz Recordings and my particular interest in raw breaks and tough basslines.

DB: What’s your fave club ever to hit?

C: Brunel Rooms Swindon. Any one that remembers the days and were fortunate enough to go there on a Valve night (2005/6) will know, those days have not been rivalled since. Unrestricted, unhinged, groundbreaking Drum and Bass that forged memories that will last a lifetime and inspired everything I do when I turn on my PC. 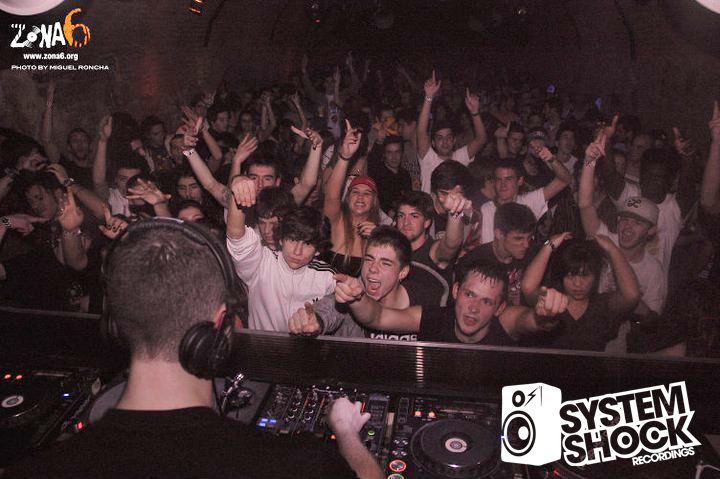 DB: Totally! So overall are you cooking a big batch of tunes?

C: Yeah man, my main focus is back where it belongs, on my own label. That’s where it all began for me. System Shock Recordings has taken me all over the world, and I think the sound that the label represents is in somewhat short supplies these days. I’ve just written the next release (017) and have some huge signings and remixes coming my way. I aim to get a release out every 5-6 weeks of all my best material and have even got a release from Peshay.

DB: You’re a busy person, when do you know you have to shut down the ‘day to day’ and get producing?

C: I work around 14 hours a day in the music industry in some form or another, it’s tiring but great fun. Being a partner in a leading distribution company means every day I’m liaising with industry professionals, and heading up the PR team means I’m critiquing drum and bass a lot of the time. Writing beats is now reserved for first thing in the morning, the late hours after work and weekends. It’s very hard to unplug… in fact I don’t and often wake up in the night with a track or idea buzzing round my brain.

DB: Traditionally how do you produce, is it old school outboard or a mixture?

C: I used to enjoy creating sounds with my Virus Indego 2 synth but found I could create what I needed to in Massive. For me now days the VSTs used on a daily basis consist mainly of Massive, Sylenth and Razor, with Soundtoyz FX, TAL-filter, RP-Distort and iZotope Ozone….all powered of course by Presonus Studio One 2, which is awesome! Big up Voltage for getting me on this.

DB: So what are some tips for new people producing?

C: My advice is experimentation. The best results most producers have is by twisting dials and knobs in random directions until they land on something that sparks their interest. The net is now flooded with tutorials on how to create this person’s sound or how to get the perfect mixdown. Its created waves of soulless music throughout the industry, and the best music often has not only a great creative concept, but also has bag loads of character.

My biggest tip which I use daily is this: Open your DAW and synth of choice, open a recording suite such as WavLab, hit the record button in WavLab and start turning the controls. After 5 minutes review, cut and process your choice sounds and throw them in to your drum patterns. That’s how all my ideas start.

DB: What keeps you in love with the music?

C: Anyone that knows me, knows I only listen to D&B. Every day I’m locked in to it for at least 7 hours whether it is the latest podcast from Cause4Concern, Crissy on 1Xtra or a big dose of Bassdrive Radio. The scene is so complex with an abundance of various styles and flavours, I make it my job to try and hear everything that’s going on. I guess it’s the concept of becoming an expert in D&B that keeps me on my toes and being a producer, DJ, presenter, distributor, PR director and label manager, I’m fortunate enough to be involved with some of the very best music the industry has to offer. 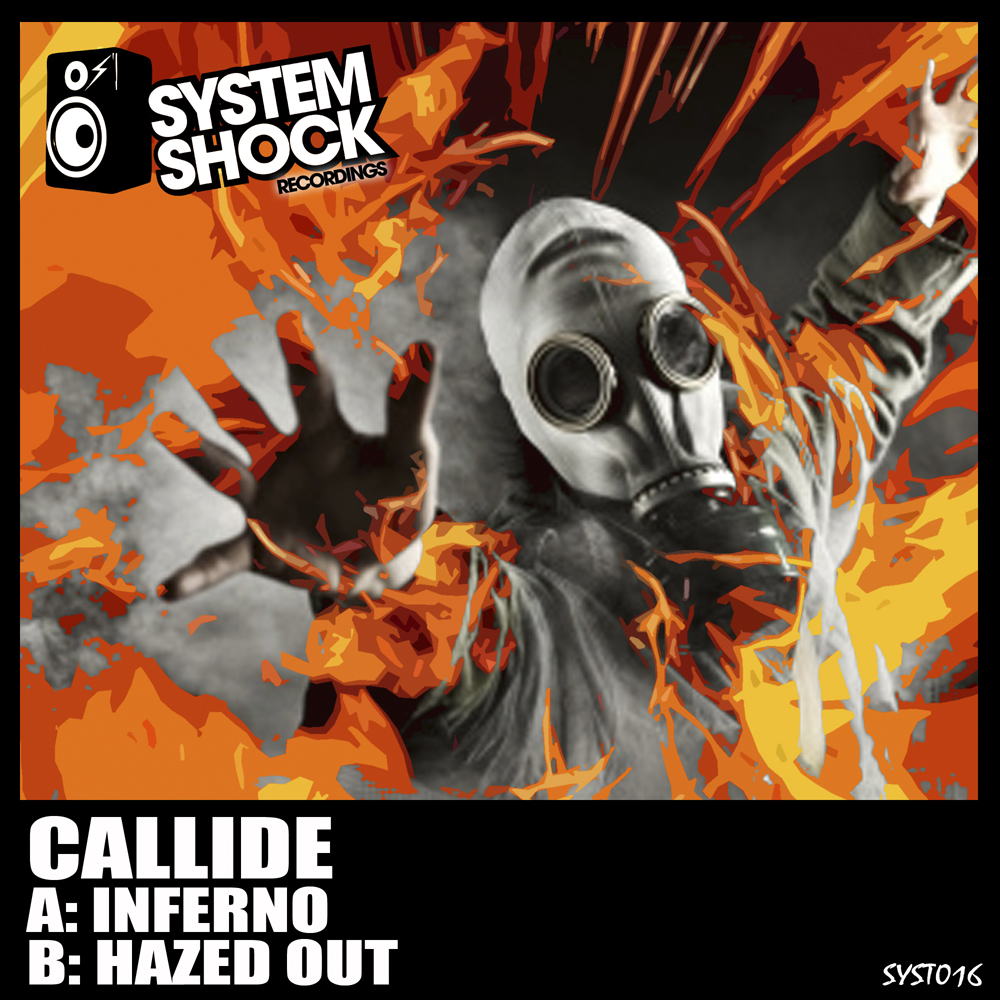 DB: Regarding the biz some are taking it on themselves to do it themselves, eg via Bandcamp etc but what advice would you give as a pro who sees it from the ‘inside’ so to speak?

C: These days great music isn’t enough on its own to push through the sea of content. In the dance scene alone more than 10,000 tracks are being released in to the stores… each week. This is predominantly down to large ‘unmanned’ distribution companies allowing any user to put out as much as they want. Organic distribution companies such as ours quality control both the labels and the content, this results in a large number of the big stores only accepting music from companies such as ours. This benefits the industry as a whole hugely.

DB: So with so much out there what’s a way for a label to refine what it does?

C: There are some key factors that can turn a good label in to a great label and at Cygnus Music we enjoy working with our labels on a personal and professional level to ensure they get the exposure they deserve. It’s this attention to detail and genuine service that has meant we are one of the fastest growing companies in the music scene. We offer in-house services such as mastering, PR, label management, graphic design, branding, creative writing and more, and with over 350 great labels we have grown purely from word of mouth alone. If someone is serious about music, and they have the skill, passion and commitment… they should come to us!

DB: Lastly give us a road story sir.

C: After playing at Fresh Festival in L.A we went back to a house party in the suburbs and thought it would be a good idea to Taser each other. Photos can be seen on my fb page page.