Calibre 'Even If', interview 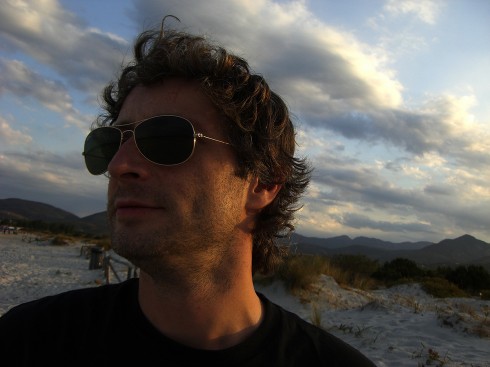 Calibre soon releases his album ‘Even If’ on Signature. It’s his seventh and has a broad, energising feel.

You sort of have to cast your mind back to 2000, a time when Fabio was faced with the challenge of compiling a Calibre debut from hundreds of tracks which were all incredible. That album was of course ‘Musique Concrete’. From there, so many standards and shifts, well, you know them if you know D&B. ‘Mr Maverick’, ‘Highlander’, ‘Hypnotise’, ‘Venus And Mars’, ‘Bullets’, ‘Steptoe’, the Jaheim remix… the constant stream. We caught up to talk about his view of things as they stand now on the eve of the lp release.

Damian Bennett: My intro to the album was the actual tune ‘Even If’ down at Cable which to me was the most crystal and sort of transcendent your vocals have sounded. Sort of ‘centered’ and other-worldly… ‘elevated’, that’s how it hit me. Where did this tune come from and is it typical of the sound of the album?

Calibre: I’ve been working on the vocals for a while and I’ve learned a few things, when I worked on ‘Shine A Light’ the focus was to write lyrically around a slower tempo, from that experience I knew that I had a tendency to hide the vocal in the mix, with ‘Even If’ I was determined to push the tonal quality of my voice to the front of the mix, and in the process draw out the arrangement. I’ve only sung over two tunes on the album. I wasn’t trying to make a vocal-orientated album, just an expression of what I can do across the board regarding D&B.

If I can add, the story behind the actual track ‘Even If’ was inspired by watching a news item about dead soldiers and how the media deliver such information without true emotion. When I was growing up in Belfast I got used to the news of dead soldiers but it never got to me the way the news does today. It’s almost like the mechanism for illusion is so obvious its offensive which is an irony in itself.

DB: Please let me know what to expect about this album.

C: It’s a mixture of songs from the heart, some typical Calibre material and the half step things that I’m interested in are represented there also – these are like dubstep, D&B crossovers, my nod to music I respect. And some techy-sounding things. A whole mixture really, something that I’ve been keen to express ever since I started.

DB: With vocals, some years back you inferred to me that you’d stuck your neck out with making the vocals so apparent. How do you feel now, are you comfortable with vocals and with the finished entity of which the vocals are a part? (ie. that it couldn’t work without vocals, perhaps, is what I mean)

C: It’s taken a while to feel like the vocal is part of the tune properly, it’s about the entry point, and I mean that in how you begin to introduce the vocal, sometimes I’ve written from the ground up lyrically, then other times I look for the correct key to give myself some room to move about pitch wise.

I’m still nervous about how it fits but when you look at the larger picture, the rather short time we spend on this earth, then why not try to sing some of the way.

DB: After the album ‘Shine A Light’ and it’s introspective mood, and after your incident in Canada (when he was was jumped and viciously attacked by two men), have you emerged somewhere else in life as an artist now?

C: I suppose I felt angry and confused for a while afterwards, the nature of the attack meant that I had to undergo some operations that were uncomfortable over a period of time, and that effected how I perceived my life, so in retrospect I regard the experience as one of great importance.

Whenever something bad happens in your life it’s important to learn from it, and what happened allowed me to become the free spirit that I dreamed of, it taught me to appreciate my own existence.

Afterwards, musically, I felt resentful of the DJ work. I was never a big fan of it and have tried to learn to like it in my own way, but this year I have been on the road again and it feels more meaningful than ever. I’m still a bad traveller but it’s the people that I meet that make me want to keep playing my music around the world.

Regarding my studio output, that feeling of freedom was the most poignant. It’s what helped me experiment with my voice, it made me lose the fear of expression. Whenever you understand the fragility of life it reinforces the love of it.

DB: Some artists claim to have a ‘love/hate’ thing with D&B in recent times and some, who were part of it, don’t align themselves with it the same way now. Also, Commix have released an (unbelievably good) album on Headz with practically no D&B on it. Yet for example Fabio will report about 4000 ravers going bezerk for the basic evergreen template of D&B (in big caps) at Brixton recently. So the demand for trad D&B is same as ever it would seem: people want to get mashed and go out and that’s that, doesn’t really matter how slick/intrinsic/evolved/elevated or progressive some forms of the music is now. What you think?

C: Yes I would agree the essential components remain the same, it’s the edges that blur. I think it has strayed at times towards a fractured inhibited scene, but the ingredients that make a good soup don’t change and D&B, jazz, blues, reggae all conform to this. I’m always reaching backwards so my view of this comes full circle. It’s perception that allows us to see things differently but it’s hard to dress the ear in the same way: people want to hear the template and producers allude to that same template every time they shift the tempo to that area. It is what it is.

DB: What do you mean about shifting the tempo?

C: When I started to become interested in electronic music it was not so much the cultural view. Don’t forget that Belfast was not the most enlightening place in the UK for music, so I had to start somewhere that I could understand, and I did this by simply noticing changes in the movement between rhythm and notes in relation to the space created by the tempo.

So this gave me an advantage point: I wasn’t addressing the cultural front and in a way it was because I had no choice. I think this is why ‘Musique Concrete’ to what I do now has richer variation than some others that rely on the significance of the culture.

It’s a personal view that most commentators would reject but it’s just language after all and this why I’m always aware of the rebirth potential… it’s harder to feel attached to the BPM indicator, but for me that’s what ultimately directs my work and my view.

Tempo is a basic template, it binds the collective nature of the music, a political atheist whilst doing so.

DB: Back to DJing, your work has always encapsulated the full spectrum: you can be ‘abstract’, you can be ‘moody’, you can be artistic but your sound will always work with a big club vibe as well. Do you want to craft a set that is emotive/thoughtful etc… or sometimes do you just want to get stuck in, live?

C: When I’m in the studio I try to capture general themes and specify it as I work, this allows me to separate one body of work from another, so this lends itself to my versatility: sometimes if I want to play dubbed out I can or sometimes if I want to play really deep I can, but because it’s mostly my own music it’s not possible to be totally flexible. I’m not really into brash music so I don’t play it, but I like the mood and ambience of darker music to create those same subtle effects that the deeper stuff does, so the difference isn’t so apparent to me personally, but I’m still learning how to sculpt my sets so that they represent as much of what I do as possible.

I’d like to think that what I do within the D&B scene stands alone, that’s always been my ambition, to be who I am.

DB: What you into musically at the mo?

C: I’ve picked up this German artist called Günter Schickert, an album called ‘Samtvogel’ and I think it’s genius, really beautiful weird ambient music, and a reggae artist called Dadawah whose album ‘Peace & Love’ on Wild Flower records is fantastic trippy reggae that you’ve heard before even as you listen the first time.

DB: And re films?

C: My favourite film recently has gotta be ‘American: The Bill Hicks Story’. I have to say that growing up in an divided society Bill Hicks really appealed to me, a dissolver of boundaries, a man who broke down self-imposed and imposed division in society. 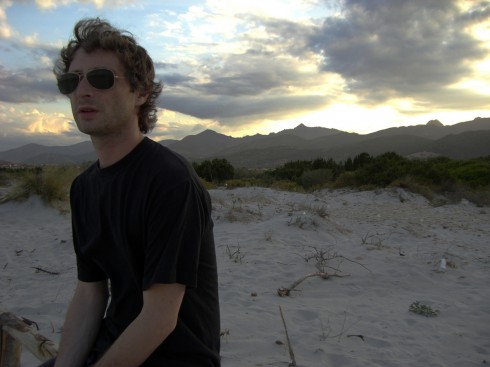