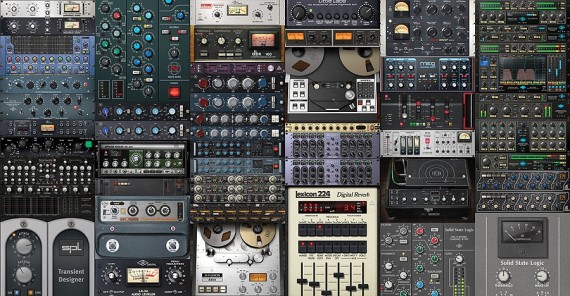 Bob Humid talks about his Fat Of Excellence approach: studying music technology in 2015, with a realistic approach.

DB: Can you introduce Fat of Excellence in general, Bob?

BH: Fat Of Excellence ‘production services’ is the ballsy, slightly overheaded name of my studio.

I like these laddy expressions and long names. There I do masterings, mixdowns and occasional sound-design, currently also lots of post-pro for shorts. Tangential to this the subtitle “private audio class” marks the workshop-school-activity.

Wait, no: I eradicated the “school” thing in the concept. Our claim is “We Are Not A School. We Are Street” and that is basically because of this: our tutors are all deeply envolved in the studio- and music production scene and NO part-time enthusiasts with a Cubase dongle. Their respected names speak for themselves.

And we have a cryptic logo that says “hic et nunc”, which means “here and now” in latin.

So basically we want to talk straight about music production and get rid of unnecessry studio-voodoo without destroying the magic.

I love to debunk audio mysteries and esoterics. 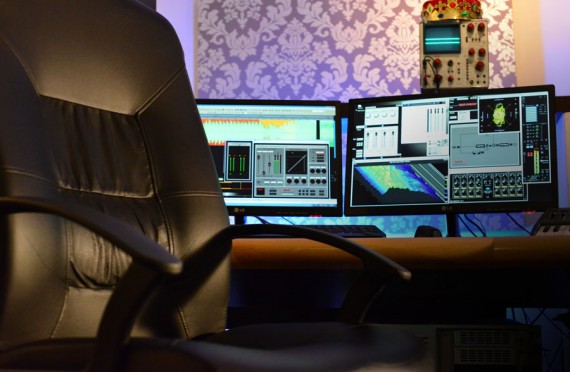 DB: On the first session what will people do?

BH: It depends on the workshop.

Some of our workshops have a D.I.Y. approach, synth-building or circuit-bending, some are more theoretical. Currently I hold a Mastering-Workshop and a dedicated UAD-2 “Tricks n Treats” Workshop.

At the Mastering-workshop every participant can bring a track which will get a mix-analyse and be mastered as if you would book me for a normal mastering-session. But here we will discuss your track and precisely how to polish it.

In the UAD-2-workshop you will learn about proper bus-mixing-techniques and why certain outboard-devices are legendary and treated like magic artefacts. There’s nothing like a NEVE33609 on a drum-bus! 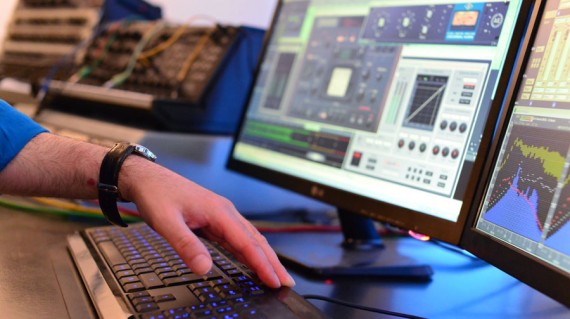 DB: What is a basic outcomes people can achieve?

BH: We want to provide real street wisdom based on experiences, not unnecessary or redundant information like “how to solder a cable in the year 2015” and that you could probably find online.

Crazy shortcuts, tips with real impact in the production world. Some of the things that I teach in my courses would have saved me 5-10 years of “try and error” if someone else would have told me before.

Some events are just pure fun. We had one lecture by Daniel Kulla, an interesting author who wrote a book on the phenomenlogy of drugs / inebriation.

His conclusion is fascinating: Anything can bring you a high, if it just alters your state and takes you out of a synchronised state-of-mind. A simple example would be the high of having a shower in the bath of a 5 star hotel room after not being able to wash yourself for two months.

Daniel Kulla reading from his book in our studio here 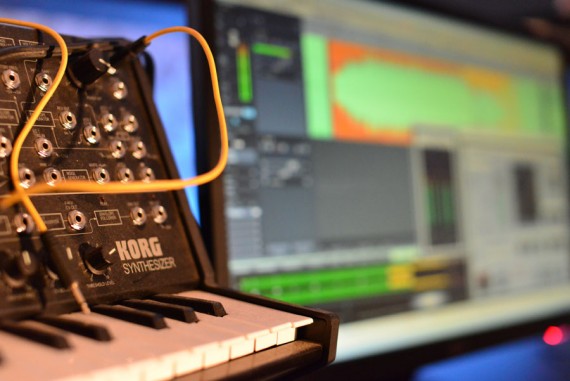 DB: How does guitar music factor in to music technology? Can guitar based music ever be as ‘cool’ as electronic music?

BH: There are not enough experimental guitarists out there at the moment. Guitar music has completely been devoured by an epigonial movement. It’s a time-machine. If you want to have that extra “edge” on stage you will head for a Moog Synth, like in the setup of Soft Moon.

Personally I don’t think that it is necessary to always use the guitar in a traditional way. There are so many ways of treating your guitar-sound but usually most guitarists end up trying to sound like their favourite influential band

But of course then there are those few amazing bands that had their super timeless guitar sound. I love Godley & Creme in “Consequences” for proving that it can be done. It’s an old album of course.

From times when guitar people where stil crazy for new sound. Probably today only circuit-benders have more balls for creating “new guitar sound” than rock band players have.

DB: Tell us about a tutor that people may encounter here.

BH: We’ll have Dan Curtin do a workshop about his deep techno production-ways, so you might want to note that down.

He’s a legend to a phalanx of techno heads out there and I did some re-capturing / remastering for some early vinyl-releases for reissue-ing. We will most likely do the workshop in his studio, in some old Stasi-related rooms in Berlin.

DB: Who would be a dream tutor?

And then of course Sleazy from Coil comes to mind, unfortunately he died some years back, shortly after John Balance took off.

Both demises have left a huge hole in the “grown-up” electronic scenery.

DB: My fave question for producers: you have a room, a sampler, a mic and the way to sequence very basically, with VERY limited eq and FX (low pass, reverb)… can you make a tune in one hour? No instruments. Prefer not ambience. Nor spoken word. What would it sound like?

BH: Oooh yes. Great one. Of course! The sampler gives me power over pitch, so that is already all freedom that I need. Anyway, pitch is always my weapon of choice in the eternal war for original sound-design.

And the LowPass comes in handy for some hands-on filtering. So, I’ll probably sample some drum sounds by hitting things before the microphone or beat-boxing some drum-shots into the mic.

You can get a HUGE monster-909-techno-kickdrum when you (slowly) speak “PtcheeeeeeeeooooooUUUMMMMPH!” into the mic, sample that and play it back some octaves higher. Try it out. It’s a banger.

I believe my track will most likely turn out to sound like some crude, minimalistic and experimental 80s synth-pop of the likes of The Gadgets on “Love, Curiosity, Freckles & Doubt”, one of the most underrated UK bands from 1980 with Matt Johnson from The The in it.

Or: It will sound like my first electronic band Der Liederkranz back in 1989. That setup reminded me of our first experiments back in 1989.