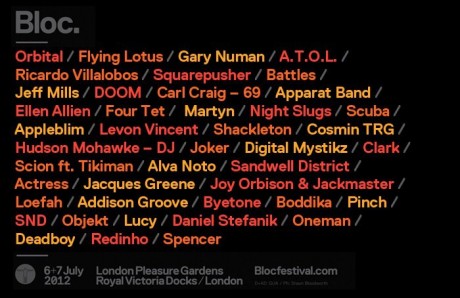 Bloc 2012 will be held on the 6 and 7 July 2012 at the London Pleasure Gardens in the Royal Victoria Docks.

It’s a brand new venue that is set by the water’s edge and has a 6am licence. There’s been a bit of a kerfuffle regarding the venue swap, but the line-up is attracting people to it’s new London home with a slew of top names playing over the 2 days.

Obviously, Bloc released the first names for the line-up a while back now, but with new names added to the bill as Plex and Perc Trax join forces, I thought it was a good time to do a roundup of the details so far: 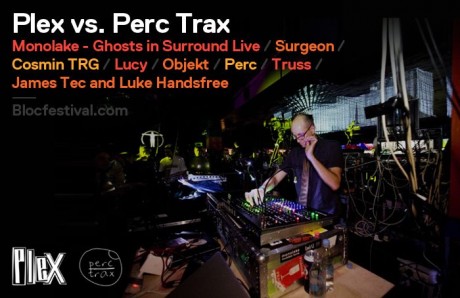 Showcases From: Numbers vs Swamp81 / Raster-Noton / Plex vs Perc Trax

Look out for further announcements soon. In the meantime you can buy your tickets from the official Bloc site.

£99 or £125 for Express Tickets. They are also running a group offer whereby buying 10 tickets gets an 11th ticket free.