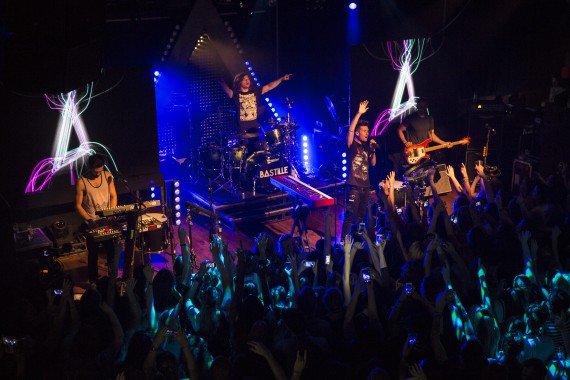 I was invited down to a HP Connected Music gig at Scala in London last week, to see Bastille play live, with the help of the audience to create the visuals, powered by their footwork on the floor. The two screens to the left and right of the band were rigged up to the interactive floor by Joseph Winter who was commissioned for this one off gig.

Before the gig, I was treated to complimentary drinks and nibbles and a preview of the latest HP range – I didn’t realise HP did laptops using Android as an OS

HP then went on to bend the rules of a live gig experience, as the audience controlled an interactive dance floor, all powered by HP technology. The gig was a special one as Bastille played a live set to a group of fans, some dedicated so much so that they queued from 3pm in the roasting sun that day. 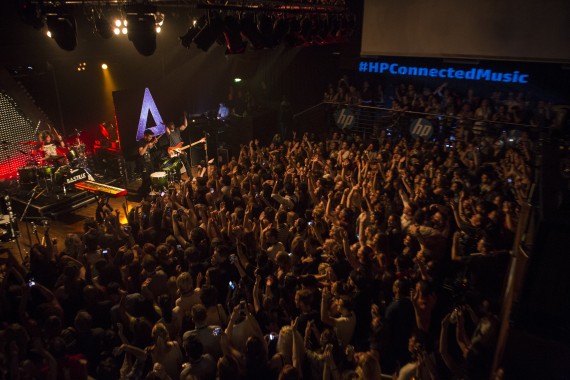 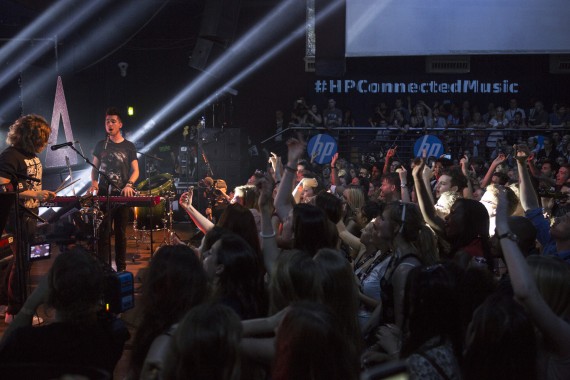