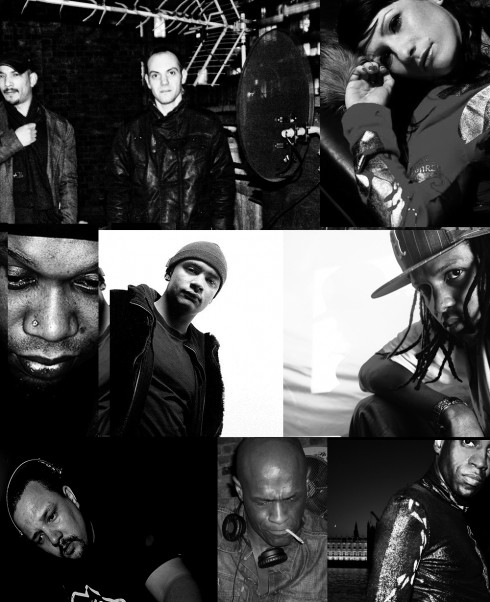 The lineup? When has this been seen, all under same roof? Let people with enough time on their hands wonder when.

Bass Relief is a (largely) D&B event in unparalleled times & help out. And something that, when you consider the approach of the people assembled… well you simply wonder if one night is enough to contain it all. Brill name too.

And while you do, some AI, below:

Zula from AI was instrumental in organising this night:

‘I just hope we can all help these countries in some way.

‘Christchurch was actually the best gig on the whole nz/oz tour… young skater dudes running the show really looked after me. Driving around you could see the devastation from the previous earthquake: buildings either gone or being supported by scaffolding. Even the building next door to the club was just about standing and we joked about being careful with the bass as it could bring the whole house down.

Seeing what happened on the news whilst still recovering from jet lag at home I was shocked to see all the places I’d just been completely destroyed.

We started to put this event together. Then Japan happened.

We all have strong ties over there and many promoters have become family to us as is the depth of character in Japan.

We just had to do something however small to contribute. So we wrote a list of djs starting with people we thought would be impossible to get and went from there.

We’ve been moved by the acts that wanted to be involved. A lot’s gone on behind the scenes such as getting involved with the red cross organizing the venue. A lot was down to Lou and Bryn at rocketscience media & Keira at Essence of Chi. And more. We are also so pleased to have D&BTV on board filming the night to be streamed live and helping with promotion and donations.

It really has taken it all to the next level.’

Tali adds: ‘I just hope that not only does Bass Relief help raise some much-needed money for both Christchurch and Japan, but that it creates a sense of togetherness and support amongst all those attending and participating… the feeling that something can always be done, no matter how disconnected or far away we feel.’ 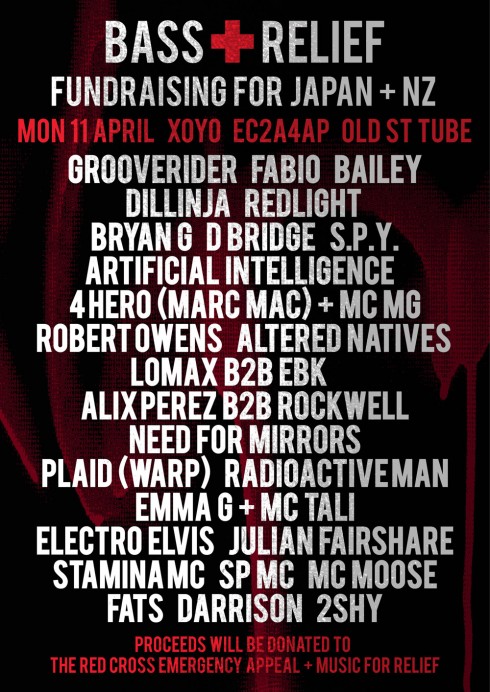