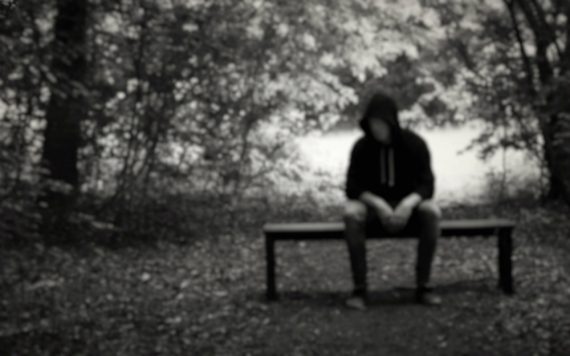 We caught up with Amphior about his new ep.

Hi, when did it start to come about?

Unlocked EP started to come together just around the time when I was releasing my first EP Begone in 2014 and it’s basically a continuation of an – almost – unhealthy obsession with 2-step-garage and ambient music… for a long time I couldn’t sleep without Brian Eno’s Music for Airports album playing in the background.

I was dealing with some serious mental health issues and depression, anxieties and sleeplessness were a part of my daily life. During my sabbatical back when I was making the record, I had been wandering around at these backwoods areas close to my parents’ house, where many of the field-recordings from the record has been recorded, and I did this every day for a very long time and I remember one day when I was taking the walk and I was feeling a bit down, I just wanted to not feel lonely anymore, so I started to talk to myself.

I’d analyze what kinds of elements I had just put into a new tune and tell myself how they did or did not work and in which direction the tune should go.

I’d talk to myself about fear and how society views fear as something “bad” and how it might affect the world. I’d question my own existence a lot ha ha.

I’d talk about all sorts of things really and I did this for so long during the same routes; the same empty talking to myself and feeling the same loneliness.

I guess this somewhat sums up what the EP is made from; being stuck in a narrow-minded lonely loophole of your own head – unable to reach out of its limiting barriers. It wasn’t until a few months later that I created ‘Sleep Forever’ and had just begun professional counselling and therapy for depression and social-anxiety.

I had been taking anti-depressants for a few weeks and they were just beginning to “work” and it was the scariest thing I’ve ever tried. Normally I’d feel a bit anxious in my every day-life and suddenly I felt nothing at all. No fear, no love, no sadness, no joy, no nothing; just a thick surrounding numbness. Unfortunately it made me more depressed; so depressed I just wanted to sleep all day, all week, all month. Magically I had just enough energy to keep myself up and somehow make the tune and it literally saved me.

I made the tune really fucking fast though. I had already dreamt it all up as I had been lying in bed for some days, so I had thrown all the different elements into the tune within a few hours. 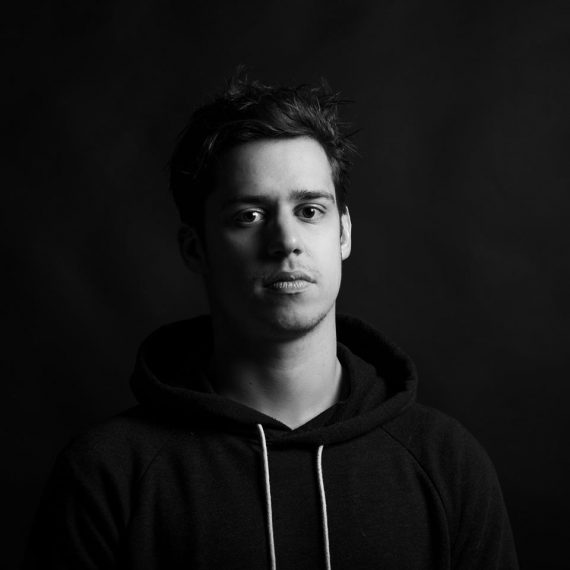 It was simple: The tune had to be noisier, grittier and more bass-heavy than my other tunes, basically giving it the rough and energetic side I’d feel from listening to an older dubstep-tune like 16bits remix of Skisms ‘The Blank’. I wanted the drum-section to be punchier and more in-your-face but still contain a plodding and broken effect, as if a tired, or slightly drunk drummer were playing the drums.

Its main parts had to run in circles and follow the same empty and stagnant nowhere-going patterns – like a depression – slowly descending into nothing. I’ve always admired Burial’s use of vocal-samples. They’re always so filled with mystery and emotion. I guess it’s a rather noticeable inspiration – especially on this EP. The repetitive vocal-cuts saying “hold my light”, floats in and out during the main-parts. It’s like a voice of a broken soul; just stuck somewhere above of this jammed and isolated place.

The music on Unlocked EP is generally atmospheric and textured but also heavily allusive and you can never be entirely sure about what’s really going on in these distant mists. It’s really how thoughts and emotions can feel like from time to time. Back when I was dealing with depression I had it all wrong in my mind. I’d be focusing on whether my thoughts were true or not and I’d obsess about so many unnecessary things, but really that was totally irrelevant. The actual focus and much more important question would be: If I dictate, believe or take action of these thoughts, will it make my life better or worse? It’s much easier to defuse from negative thoughts once that’s been established.

I had to decapitate the elements of the tunes because I felt broken at the time – I really don’t like much perfectly-polarized music anymore for some reason. It’s like it has no soul to me or something like that, but as long as there’s just a little dose of real-life-recordings in the music or at least some old-sounding sounds, it reaches another level of meaningfulness to me. Boards of Canada do it so well.

They just have a way with their organic recordings and it’s like they make them speak to the other elements so well, like they have found a secret glue or something and it just becomes this very special world. A tune like ‘Kid for Today’: one of my favourite tunes of all time, always makes me feel so nostalgic, like I’m a kid again but through a grown-ups eyes and it’s so cool, slightly weird and mysterious at the same time.

Their tunes are so figurative too, so you might drift away to a place that is actually quite easy to imagine. It’s really interesting and something I’ve been eager to work into my newer tunes.

In your studio, what process or gear or anything do you really love?

I don’t do much in analogue gear like BoC, though it’s something that I’m interested to get more into sooner than later. I really fucking love my plug-ins though ha ha. An effect-plug-in I’ve used for almost every sound on the whole EP would be Kramer Tape from Waves.

It subtly distorts the sound a bit and makes it sound a bit older like it would on an old tape-machine.

I love the way it changes the original sound-source and its delay-effect is an amazing tool. I guess my favorite current VST would be the CS-80 emulation-plug-in from Arturia and it’s mainly because of its old and analogue sound. It really does well with pads; dark and light-styled and I’ve used it a whole lot on my forthcoming album Shadowland, which I’m hoping to put out later this year.

Tell us more about this forthcoming release?

Shadowland is going to be very different from my two first eps Begone and Unlocked, given that there’s no 2-Step-Garage or Future-Garage music on this record, so it’s in a way going to be an experimental album of sorts. It’s still going to be a heavily atmospheric record though and I should be able to announce more about it soon.